It boils down to a simple choice : whether you are Individual-Focused, or Group-Focused.

This is what I call having “Group Edge”. Basically, you should build or join cliques or groups of friends. And NOT just get friends that don’t know each other.

Why Would People “forget” you when making plans?

When people are making plans for fun, their attention goes to a certain direction.

If YOU are or can provide some stuff like that. They can think of you easily when they wanna have fun and socialize. If, instead, you’re a regular guy, like me, they won’t think of you.

But there is a way to overcome this

You will have to start small, like I did. The key is to stop making individual friends that don’t know each other… and expect calls and invitations to fun plans.

You need to make the people that you know (or barely know) MEET EACH OTHER.

Four People is better and beyond… especially if it’s a mixed group. If you start to make introductions between people, they will start to call YOU to make plans. Because, they know that they have more chances of having fun WITH you. You become valuable. This sort of stuff works unconsciously.

If you hit it off, talk to many of them and they like you, that’s VERY valuable. If you actually “join” the group and become a “member”… you’re pretty much guaranteed to have Great Social Experiences.

If you have access to a group of cool friends, who wouldn’t wanna be your friend?

Because these people will eventually create many occasions for private parties, trips, low-key chill-out times. And now you can enjoy that with them. 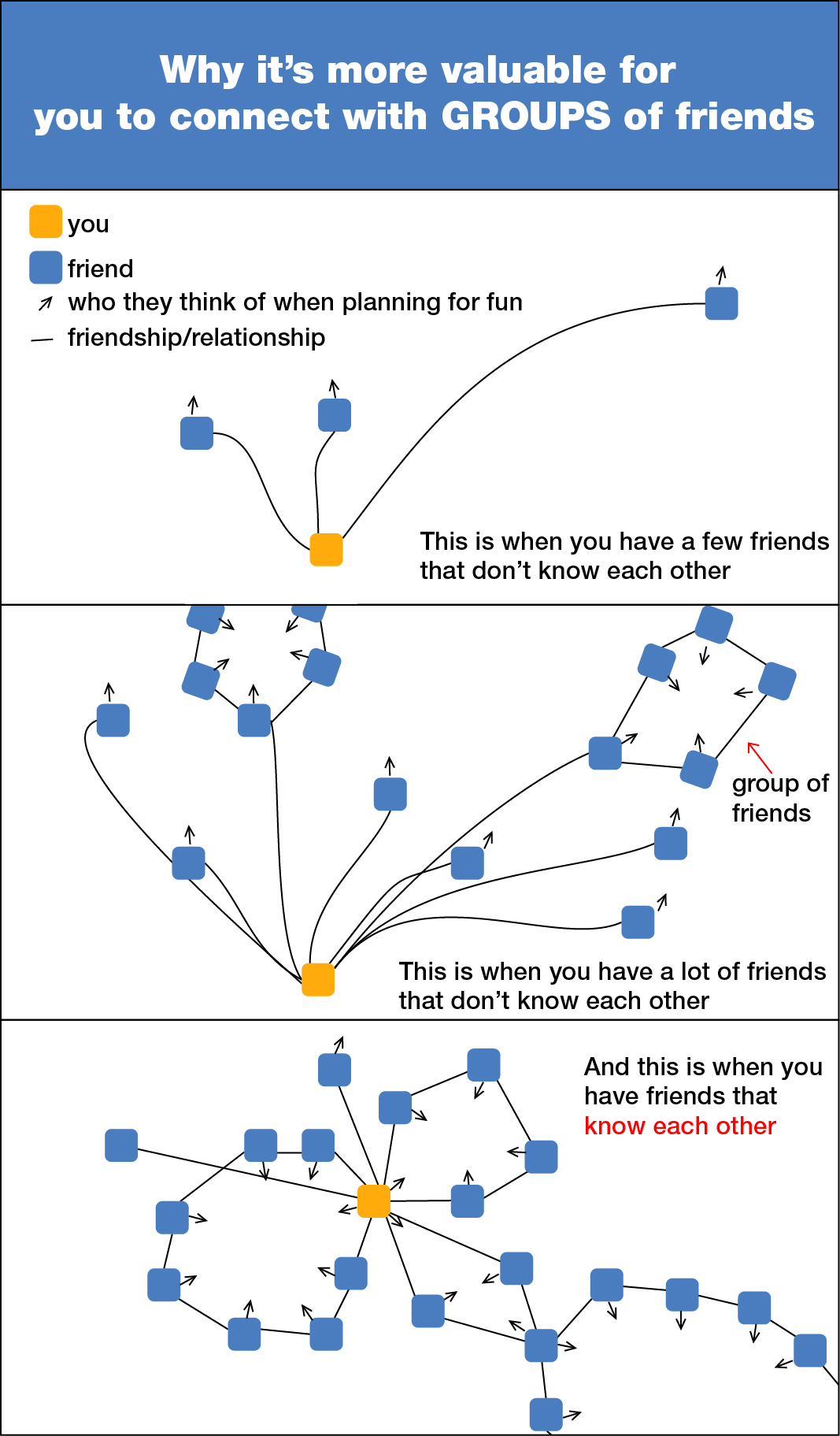 How To Jump-Start At This Right Now

Take two people you know, make plans with one for a drink or something, then invite the other to join. It’s easier to start with guys, THEN invite girls. But the opposite works too. Once you have a female friend that wants to go out, then the guy have a lot more chances to want to hang out.

The other way to try this is to talk to a guy you know, that seems to belong to a group of friends.  Ask him once in a while about his plans for the night. At some point, he’ll say “I’m doing this thing with this friend, wanna come?”. If that happens, you’ll go and have an experience of what I’m talking about.

Try it out, let’s see how it works for you. If you have any questions or comments on this, write them below.

Talk to you soon,

Learn the ONLY way to:

Get The eBook Risk Free

You'll Learn How To:

Get The Friends You Want eBook

Exclusive secrets and techniques for improving your social life.

Get the critical skills you need